Fast radio bursts (FRBs) puzzle astronomers. They’re so brief—lasting only a few thousandths of a second—that scientists have had trouble identifying their points of origin and how they are generated. Using the GPU nodes of PSC’s Bridges supercomputing platform, a team from West Virginia University created a package of artificial intelligence (AI) programs that can sift through the thousands of FRB candidates expected to be detected in upcoming surveys quickly enough for astronomers to figure out where to point their telescopes to learn more. 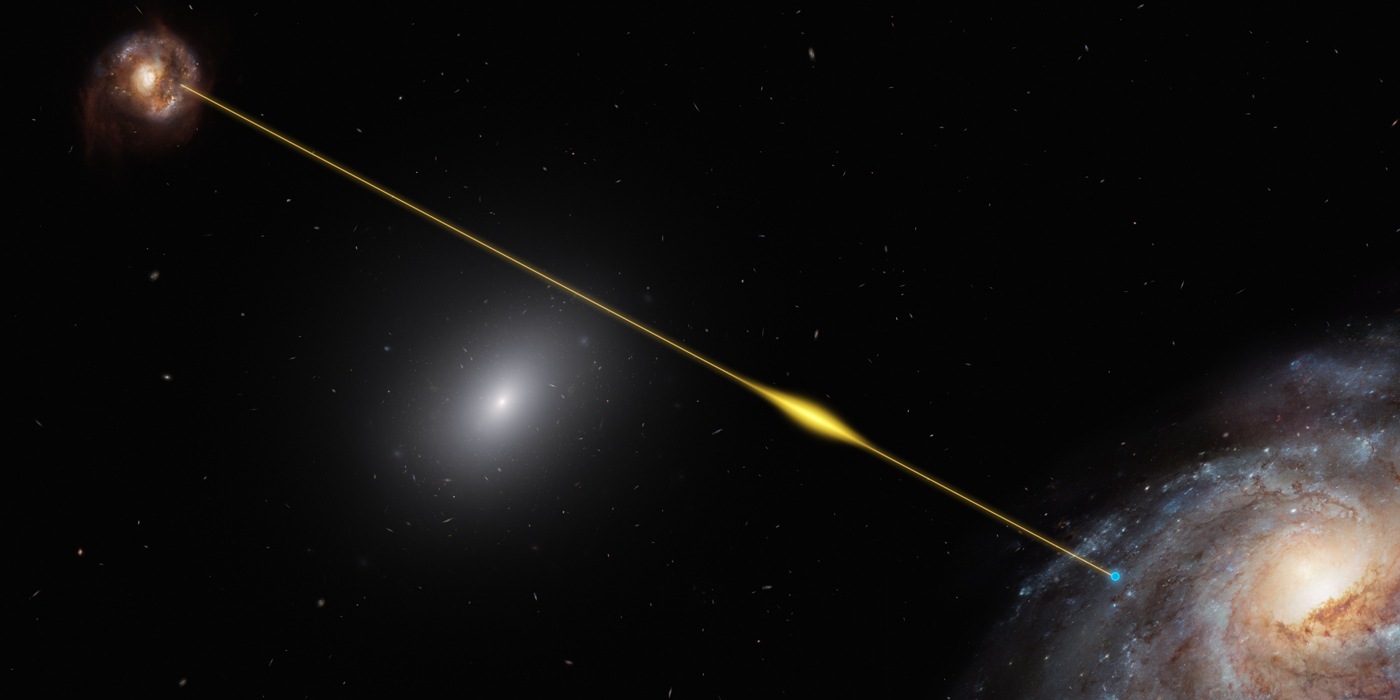 One of the most difficult mysteries in astronomy is figuring out the origin of FRBs. Incredibly quick and unpredictable, these events flash out for only a few thousandths of a second before disappearing without any lingering trace—at least, not that scientists have yet detected. Despite that brevity, astronomers have used radio-frequency telescopes to detect more than 100 of them since they were discovered by researchers at West Virginia University (WVU) in 2007. In 2020, scientists detected one FRB, generated by a magnetar—a neutron star with a powerful magnetic field—in our Milky Way Galaxy. This gave conclusive evidence that some FRBs originate from magnetars. But as scientists can’t directly detect magnetars from other galaxies, we still don’t know whether other FRBs come from the same source.

The 2020 detection aside, most FRBs come from incredibly far away, outside our galaxy. Though these signals are relatively weak when they get to Earth, they have to be pretty powerful at their distant points of origin. Scientists have some educated guesses as to what besides magnetars might be causing FRBs. Pairs of neutron stars interacting and black holes are other possible sources. But that’s all we know. One big problem has been that, because FRBs are so brief, they don’t give astronomers any warning time to redirect visible-light or X-ray telescopes to their location to check if there are lingering signals in those frequencies that could help them decide between the candidate causes.

“Because we are basically observing all the time, we’re getting data 24 hours all days of the week … If you’re getting thousands and thousands of candidates in your pipeline every day, you need to automatically detect out of these thousands maybe 10 that are real.”—Kshitij Aggarwal, WVU

Upcoming surveys will discover many more of these events by monitoring broad swaths of the sky. Researchers expect them to detect about a dozen FRBs every day, which would be great for the science. The problem is they’ll also detect many thousands of false signals—similar but distinct astronomical signals, interfering radio signals from Earth-bound sources like mobile phones and satellites, as well as random noise. It’s a “sipping from the fire hose” problem. Human experts can tell FRBs from these other signals, but with many thousands coming daily they simply can’t sort them fast enough to re-aim other telescopes to look for non-radio signals. That’s why Devansh Agarwal and Kshitij Aggarwal, graduate students working with advisors Duncan Lorimer and Sara Burke-Spolaor of WVU, respectively, wanted to use AI to make an automated “first cut” that reduced the number of candidates to a number manageable by humans.

The type of AI that Agarwal and Aggarwal used is called a convolutional neural network (CNN). In CNNs, the computer creates several layers that represent different characteristics of an image. It also creates a network of connections between the data in each layer. It then trains itself on images that have been identified by humans. Somewhat like a developing biological brain, it removes faulty connections until the network succeeds in correctly identifying those images. Next scientists test it on data that have not been labeled, going back and forth between training and testing until it’s got a high success rate. Then the CNN can be used on real data.

The WVU scientists faced several challenges in their plan. First, whatever they came up with had to be fast. If it couldn’t create a smaller list of candidates fast enough for humans to spot the real FRBs and then redirect telescopes to search for non-radio signals that followed the radio burst, it wouldn’t improve the situation. Second, they decided to speed the development time by using pre-existing, freely available image classifying CNNs. By training thousands of them, they could winnow it down to a small set that were really good at FRB classification. The end result would be a package of CNNs that are openly available to researchers.

Lastly, CNN works best when carried out on graphics processing units, or GPUs. Originally developed to create realistic images in video games, GPUs turned out to have huge scientific applications in processing image data and in AI. But training thousands of CNNs would require many more GPUs than the team had available through local resources at WVU.

“FETCH could not have been possible without Bridges-GPU. There’s no way we could have done this project … When it came time to train thousands of models, each taking several hours, it cannot be done locally on a desktop [computer].”—Devansh Agarwal, WVU

The solution to all three problems came in the form of a data workshop offered at WVU by XSEDE, the National Science Foundation’s network of supercomputing centers, in which PSC is a leading member. At the workshop the WVU scientists learned about Bridges, a supercomputing platform at PSC that possesses a total of 58 powerful, late-model GPU nodes. Bridges offered them the GPU power they needed to scale up their testing.

Using Bridges’ GPU nodes, the team winnowed down thousands of candidate CNNs to a list of 11 that was over 99.5-percent accurate in classifying FRBs. A task that would have taken months using other resources available could now be done in a week. Their package of CNNs, available for free to scientists, is called FETCH, for Fast Extragalactic Transient Candidate Hunter. They reported their results and offered FETCH to astronomers carrying out upcoming FRB surveys in a report in the journal Monthly Notices of the Royal Astronomical Society online in June 2020.

You can read their paper here. 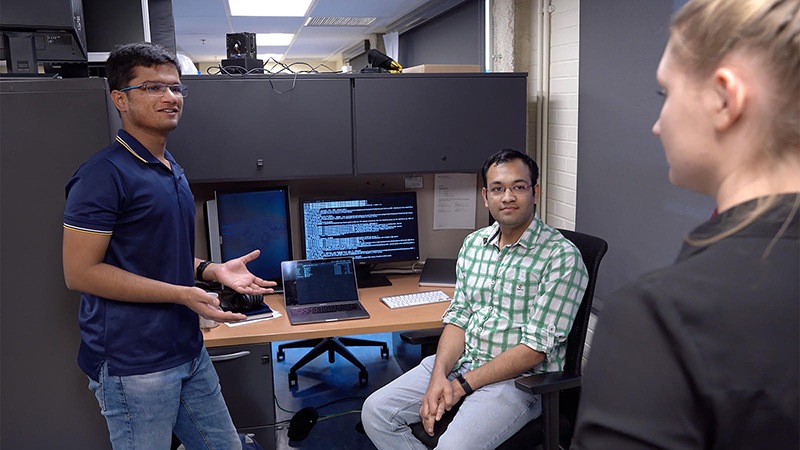 Left to right: Kshitij Aggarwal, Devansh Agarwal and Olivia Young, an undergraduate student who worked with them, West Virginia University