Shawn Brown Selected as Director of the Pittsburgh Supercomputing Center 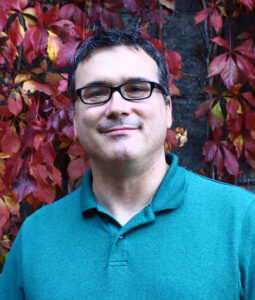 Shawn Brown has been selected as the next director of the Pittsburgh Supercomputing Center (PSC), a joint research center of Carnegie Mellon University and the University of Pittsburgh. Brown, whose work uses high performance computing, informatics and computational modeling to advance research in scientific fields, including neuroscience and public health, will join PSC on Nov. 27.

Founded in 1986, PSC is a national leader in supercomputing, having enabled breakthroughs in many disciplines by providing researchers nationwide with access to the most advanced computational systems available.

Brown joins PSC from McGill University in Montreal where he served as the chief technology officer of the Neurohub Project and associate director of research software development at the McGill Centre for Integrative Neuroscience. While at McGill, he led the development of the infrastructure of two large-scale platforms, Neurohub and CBRAIN, which use high performance computing, machine learning and artificial intelligence to analyze diverse datasets to advance neuroscience and mental health research.

“We are delighted that Shawn is bringing his expertise, especially in public health and neuroinformatics, back to Pittsburgh,” said Rob A. Rutenbar, senior vice chancellor for research at the University of Pittsburgh. “In addition to his major achievements in simulations modeling, his collaborative approach and team leadership highly impressed the search committee.”

This marks Brown’s return to PSC, having previously served as the director of public health applications. While at PSC from 2005-2017 he developed six computational platforms for public health research and published research on obesity prevention, infectious disease and vaccine strategies. He also served on the faculty of the Department of Biostatistics at the University of Pittsburgh’s Graduate School of Public Health.

“The Pittsburgh Supercomputing Center has played a key role in the growth of the technology sector in this region. In addition to developing innovative computing platforms, PSC has provided an invaluable resource to our educational institutions and industry by providing training and access to the newest technologies,” said Rebecca W. Doerge, Glen de Vries Dean of the Mellon College of Science at Carnegie Mellon. “Shawn has an excellent vision for how PSC can continue this legacy.”

PSC and its collaborators have attracted more than $611 million in federal support to Pennsylvania, $150 million in the last five years alone. Most recently, PSC received $10 million from the National Science Foundation (NSF) for Bridges-2, a next generation supercomputer with massive computational capacity. That project expects to attract millions more in operational funding to the center.

“I am extremely excited to be coming home to PSC as its director. Having spent most of my career building high performance computing software and platforms to accelerate scientific discovery across multiple disciplines, I understand the impact that combining world-class computational facilities with a world-renowned staff at two internationally recognized universities can have. I look forward to joining the storied team at PSC and to leading the center into the future of data-driven and highly collaborative science,” said Brown.

PSC is home to some of the most powerful systems for high performance computing, communications and data storage and makes these systems available to scientists and engineers nationwide for unclassified research, providing them with a flexible environment for solving the largest and most challenging problems in science, engineering and digital scholarship.

For example, computer scientists used PSC’s supercomputers to run artificial intelligence programs that leverage human decision making to get a “step ahead” of adversaries. While this technology is most famous for the “Humans vs. AI” poker match, it also has applications for fighting terrorism and cancer. Outside of the realm of computer science, social scientists have used PSC computers to mine literary collections; public health experts have used PSC simulations to make vaccine delivery more efficient in West Africa; and neuroscientists have used PSC resources to reconstruct the first sub-cellular map of a vertebrate brain and its connections. PSC’s capacity to analyze health care and pathology data has fundamentally changed the practice of medicine particularly in the area of computational pathology, genomics and precision medicine.

PSC is supported by several federal agencies, including the NSF and the National Institutes of Health, the Commonwealth of Pennsylvania and private industry. It is a leading partner in XSEDE (Extreme Science and Engineering Discovery Environment), part of the NSF’s cyberinfrastructure program.

William Kramer, who was announced as PSC’s director in July, has chosen to remain at the National Center for Supercomputing Applications (NCSA) at the University of Illinois at Urbana-Champaign.