PSC Director Shawn Brown had the opportunity to meet with Allegheny County Executive Rich Fitzgerald and Mayor Bill Peduto to discuss PSC’s role in Pittsburgh and the region, its impact on the research community, and its bright future enabling groundbreaking discoveries. He was also featured on WPXI’s “Our Region’s Business” with Bill Flanagan, Chief Corporate Relations Officer at the Allegheny Conference on Community Development. 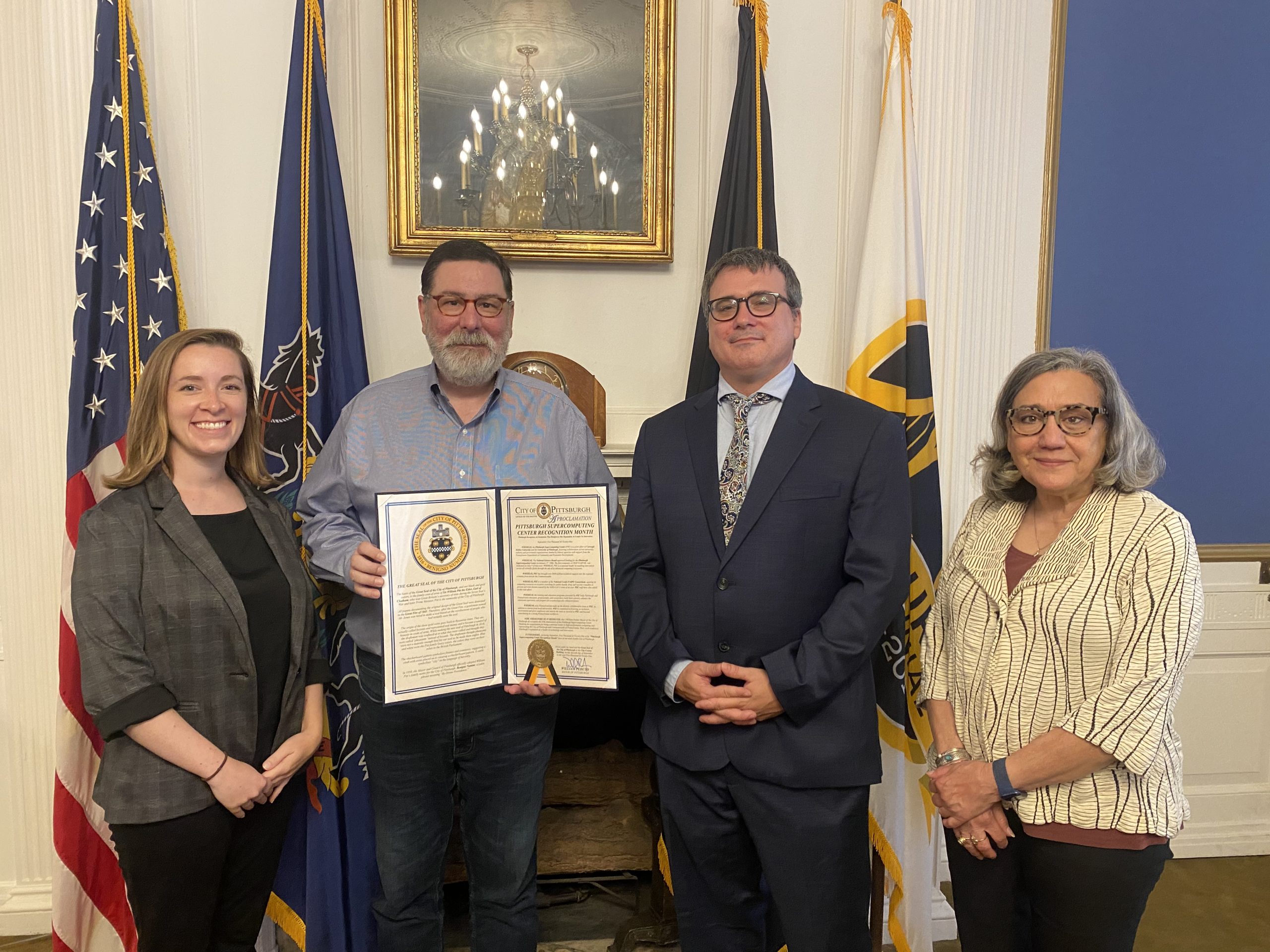 This has proven to be an exciting year for PSC, with the launch of Bridges-2 and the start of early operations for Neocortex. Bridges-2, PSC’s flagship system funded by the National Science Foundation (NSF), offers scientists and other researchers unique capabilities spanning across artificial intelligence, biomedicine, digital humanities, and beyond. Neocortex is a specialized AI machine utilizing cutting-edge technology in partnership with Cerebras Systems, funded by the NSF. With operational support from the National Institutes of Health, PSC also hosts Anton2, a special-purpose supercomputer for biomolecular simulation – designed and made available without cost by D. E. Shaw Research – that enables groundbreaking biomedical research.

PSC’s experienced staff and the computing resources that they support have earned the center a reputation as a leader of innovation and education in advanced research computing. PSC has also been recognized for its involvement in the National COVID-19 HPC Consortium, wherein the center offered its computing and staff resources to support scientists studying COVID-19 at no cost. 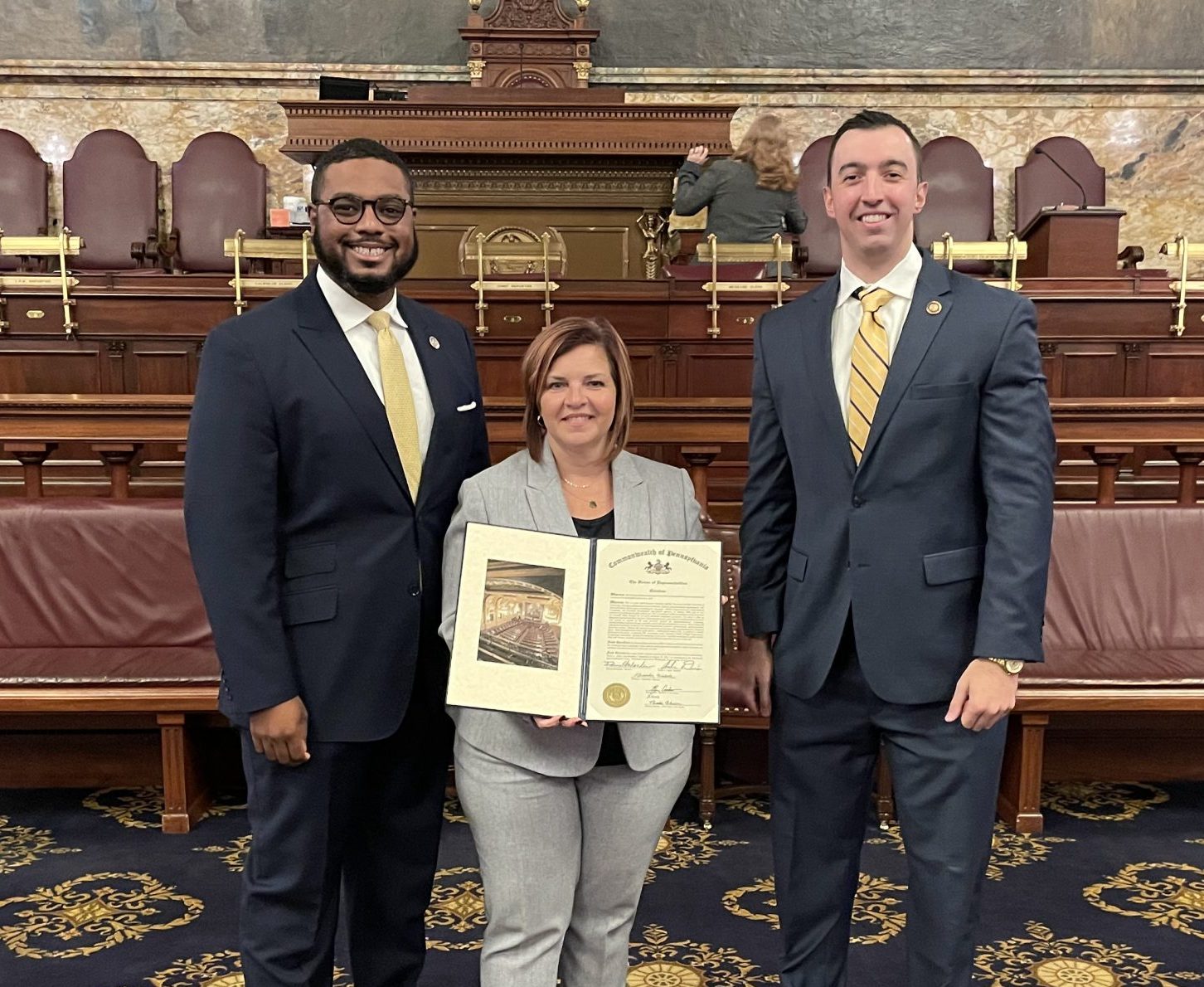 Commenting on the proclamations and the 35th anniversary, PSC Director Shawn Brown said, “PSC is grateful to these leaders from across the Commonwealth of Pennsylvania for their support as we celebrate an exciting milestone. After 35 years supporting cutting-edge research, we are looking toward the future and how our machines and staff can continue to enable discoveries that benefit our society.”

On “Our Region’s Business,” Shawn had the opportunity to talk about PSC’s anniversary, the excitement of launching Bridges-2 this year, and how Shawn’s recent appointment as Vice Chancellor for Research Computing at the University of Pittsburgh is just the start of PSC’s efforts to support a regional hub for advanced research computing. As the ties between PSC, Pitt, and Carnegie Mellon University – PSC’s other home institution – continue to grow under Shawn’s leadership, the center hopes to put Pennsylvania on the map as a leader in research and discovery. 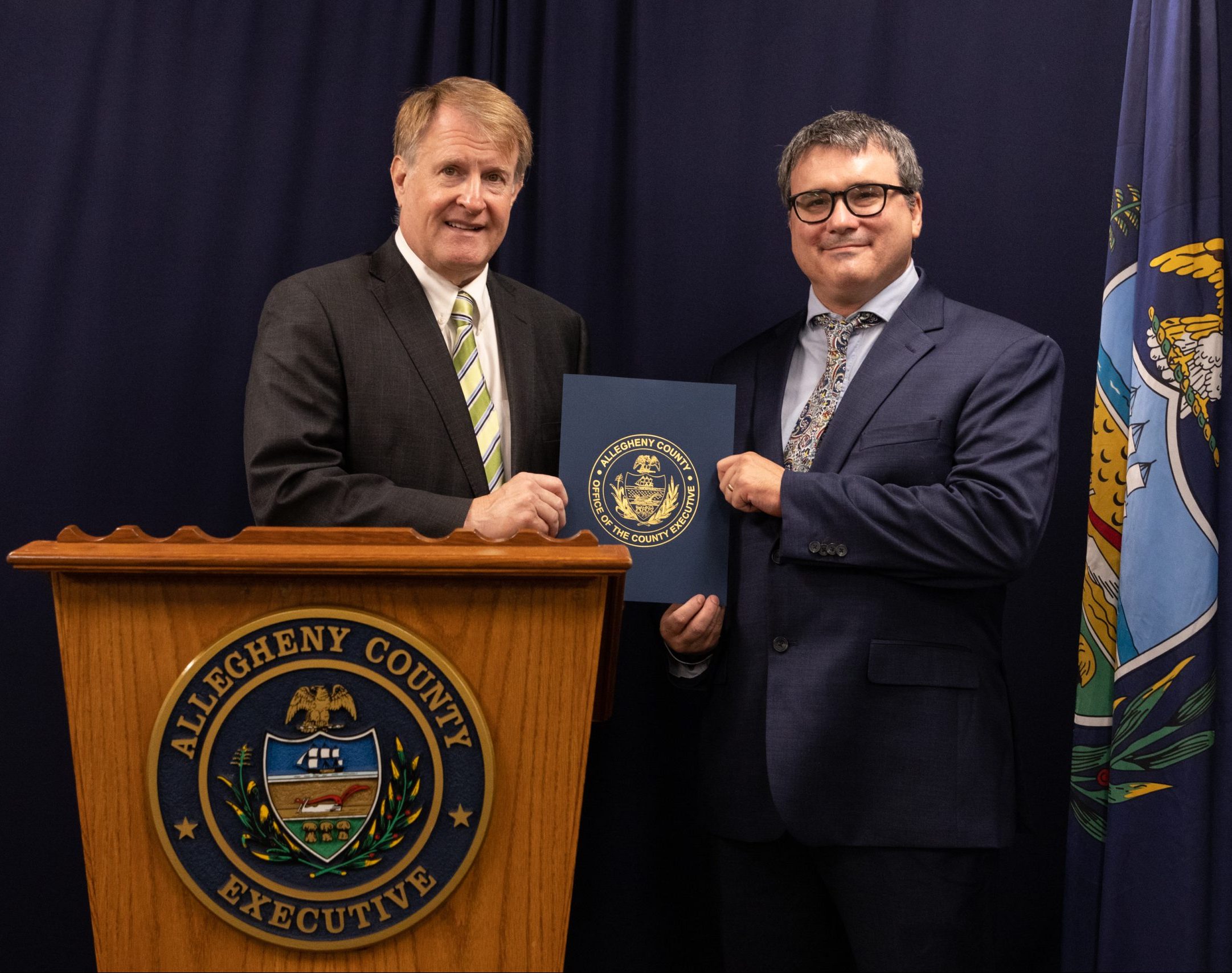 As PSC celebrates its 35th anniversary with well wishes from across Pennsylvania and in Washington, DC, the center is looking forward to building upon this strong foundation. The center’s dedication to excellence, service, and growth have been paramount to its success over the past 35 years, and will continue to guide it into the future.

PSC would also like to thank Bill Flanagan and WPXI for their recent coverage of our anniversary year. You can watch Director Shawn Brown’s interview on Our Region’s Business online now.