PSC Staff share stories of the women who inspire them

To celebrate International Women’s Day, we wanted to see what amazing women have inspired our staff and their journeys in science and technology. We asked team members to tell us about the women in their lives who have encouraged or enabled their STEM journey, or the women in STEM who inspire them. Here’s what they had to say.

A STEM hero for all of PSC is Beverly Clayton, our first Executive Director. Beverly, along with our Founders Michael and Ralph, created a foundation here that’s lasted 35 years. Beverly was a pioneer before coming to PSC, as a female leader/manager in computing systems at Gulf Oil, at a time when women managers in corporate America were a rarity. She brought her extensive management experience to PSC to help Michael and Ralph get prepared to run a real organization. Most importantly, she created a culture here that valued everyone and  encouraged everyone to succeed, much as Shawn does today. Sadly we lost Beverly almost a year ago. But her mark here is still felt.
– Cheryl Begandy, External Relations Coordinator

I recall an aunt of mine getting very mad at me when I (still in high-school) disassembled the house PC for cleaning out a CD that had “exploded” in the drive.  “Put it back as it was and get away from that!” she yelled; but now she gets very happy every time I fix one of her fancy electronics. That type of change helped inspire my tinkering habits.

And a woman in STEM that inspires me is Dr. Lisa Su. She completely turned AMD around for the best, and that’s impacting everyone’s lives with all of the healthy competition we once again have. Even we now have AMD CPUs on Bridges-2.
–  Julian Uran, Machine Learning Research Engineer

Katherine Johnson is an inspiration to me. As a woman who had to overcome barriers of her race and gender working at NASA as one of the most gifted mathematicians in its history, she charted flight paths to enable spacecraft to orbit earth and land on the moon. She continued to be humble about her achievements and to lift up other women throughout her career. I’m sure Katherine has been hugely influential on young girls of all backgrounds hoping to work at NASA someday, and she deserves our recognition.
– Megan Carroll, Project Manager

Up until 9th grade, I much preferred the humanities (languages, history). That’s when my physics teacher, Eva Bilek, made a big difference with her uniquely approachable yet rigorous expositions, and just with her friendly and encouraging personality. We became friends, and right after I graduated from university with a M.Sc. in physics, she asked me to substitute for her at our high school, while she took maternity leave for a semester. Attempting to teach 9th grade was an eye-opening experience for me – needless to say, I was far from living up to Ms. Bilek’s standards.
– Sergiu Sanielevici, Director, User Support

I always thought Barbara McClintock was pretty cool. For a long time people didn’t take her work seriously because she was working on a plant species (and probably because she was a woman, too) but her research wound up becoming central to a lot of genetics and genetic engineering. She won the Nobel Prize in 1983 in Physiology/Medicine.
– Ken Chiacchia, Senior Science Writer 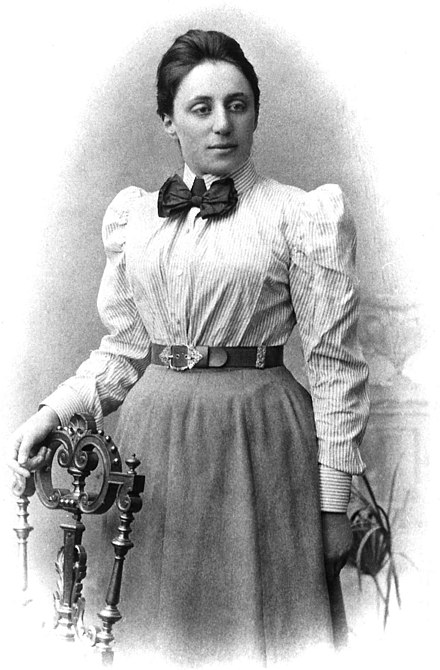 Emmy Noether belongs on any list of women in science and mathematics. Noether’s Theorem is a really big deal in physics – arguably the biggest deal. She’s pretty amazing and her contributions to physics are huge.
– Joel Welling, Senior Scientific Specialist

These three women don’t relate to science, but they have inspired me:

This is a song from one of her poems: 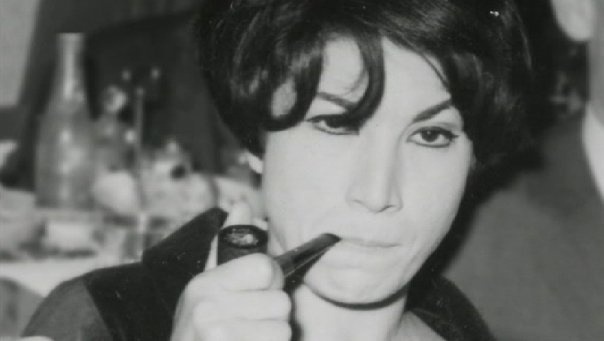 Forough Farrokhzad was an Iranian poet and film director. Forugh Farrokhzad is arguably one of Iran’s most influential female poets of the twentieth century. She was a controversial modernist poet and an iconoclast.

Farrokhroo Parsa served as Minister of Education of Iran and was the first female cabinet minister of an Iranian government (before the Islamic revolution in Iran). Parsa was an outspoken supporter of women’s rights in Iran. Farrokhroo Parsa was executed by firing squad on 8 May 1980 in Tehran at the outset of the Islamic Cultural Revolution.
– Rozita Laghaei, Research Scientist

Timnit Gebru inspires me. She is a coauthor of the paper that demonstrated that AI was not as good at recognizing women/POC in comparison to white men. She was also recently fired by Google for a new paper describing the risks of large language models.

Gebru’s work is at the forefront of what I consider to be the most important part of technology – how technological advancements can affect society as a whole. A lot of the work that is done by Silicon Valley is modeled after the idea of “breaking things” which, at its core is not a bad thing. However, this philosophy when implemented is a harmful one, as Gebru points out in her work. When one is busy breaking things, one does not focus on the consequences of those things being broken.

Gebru inspires me because she is asking questions of technologies that should have been asked when the technology was being explored. In a landscape of creation for creation’s sake, she asks whether these creations are actually a positive for all of society.
– Juan Puerto, Senior Web Platform Developer