Biohybrid robots—made by adding living tissues such as muscle cells to an artificial skeleton—have a lot of potential for doing complex jobs at tiny scales. But engineering these robots has been hit or miss, with researchers testing more or less arbitrary designs. A team from the University of Illinois Urbana-Champaign used simulations on PSC’s Bridges platform to create a rational design approach that they and others can use to more quickly and efficiently develop effective biohybrid robots.

In the 1966 movie Fantastic Voyage, a team of scientists undergo sci-fi shrinking so they can enter the brain of a stricken scientist and save his life. Shrinking people will likely remain a fantasy. But scientists are now seriously planning to create miniature robots that can do much the same thing. In particular, incorporating living tissues into robots—such as muscle cells that can move them, or nerve cells that can direct them—has the potential of making them smaller and smarter than they could be using electronics and artificial motors.

“The merit of having a biological machine is always due to the living components. Compared to traditional rigid robots, biohybrid robots have the potential of self-healing, self-assembly and also the capability to adapt … With this paper, we wanted to focus on the maneuverability; we wanted to have turning capability.”—Jiaojiao Wang, University of Illinois Urbana-Champaign

Progress on such biohybrid robots has been slower than researchers would like. One limitation has been human experts’ ability to design the best physical layout for such a robot. We might imagine a tiny, human shape. But such a shape wouldn’t be the best for the mission—particularly at tiny scales. Jiaojiao Wang and Xiaotian Zhang, graduate students studying with advisors Rashid Bashir and Mattia Gazzola at the University of Illinois Urbana-Champaign, respectively, wondered whether they could improve on the design of “walkers”—robots that walk to move themselves—by combining computer simulations with lab testing. Their simulations would test many different combinations of body architecture, muscle-fiber arrangements and ways to electrically trigger the muscle fibers to move, saving lab time and expense. But they would require massive computation. PSC’s National Science Foundation-funded Bridges advanced research computing platform made this work possible. 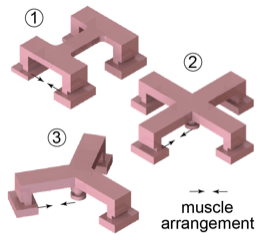 The team tested three different polymer-skeleton shapes, making the biohybrid robot move via muscle rings that contracted. Of the three, the “two-ring” design (#1 in the image), with opposing pairs of legs, was the second fastest mover and offered much better maneuverability than the others. Arrows show how the muscle rings contract when stimulated by an electric field. From Wang J, Zhang X et al. (2021) Computationally Assisted Design and Selection of Maneuverable Biological Walking Machines. Advanced Intelligent Systems 3(5):2000237.

The Illinois team based their designs on a “skeleton” formed from 3D-printed PEGDA hydrogel, a flexible polymer structure that would provide the body and legs of tiny walkers only 6 millimeters (about a fifth of an inch) in size. They also molded muscle cells in a ring shape that would wrap around each leg in the walker like a rubber band—only these rubber bands could contract to make the legs move. They signaled the robots to move through a water solution by putting electrodes in the water, changing the electric field to make the muscle rings respond to the field. The skeleton’s legs were asymmetrical, shorter on one side so that the muscle ring contractions would make them move more in one direction than the other.

Using Bridges’ computing power, Zhang tested the three designs against each other as well as different arrangements of the muscle bands and different patterns and strengths of electrical fields for their ability to move the robots. By conducting thousands of these simulations, he narrowed the choices to the most effective design, which Wang then synthesized and tested in the real world.

“Because the robot is a walker, the only force [it] can leverage on is friction … that’s the parameter we have to play with, and that’s not [intuitive] because everything is nonlinear here. Things get really complicated. Sometimes we have to run an optimization course, which deploys a lot of simulations at the same time. After a few generations, when all the simulations converge to the fastest  speed, we consider that particular design as the optimal design. To do that is almost impossible right now with our local computers.”—Xiaotian Zhang, University of Illinois Urbana-Champaign 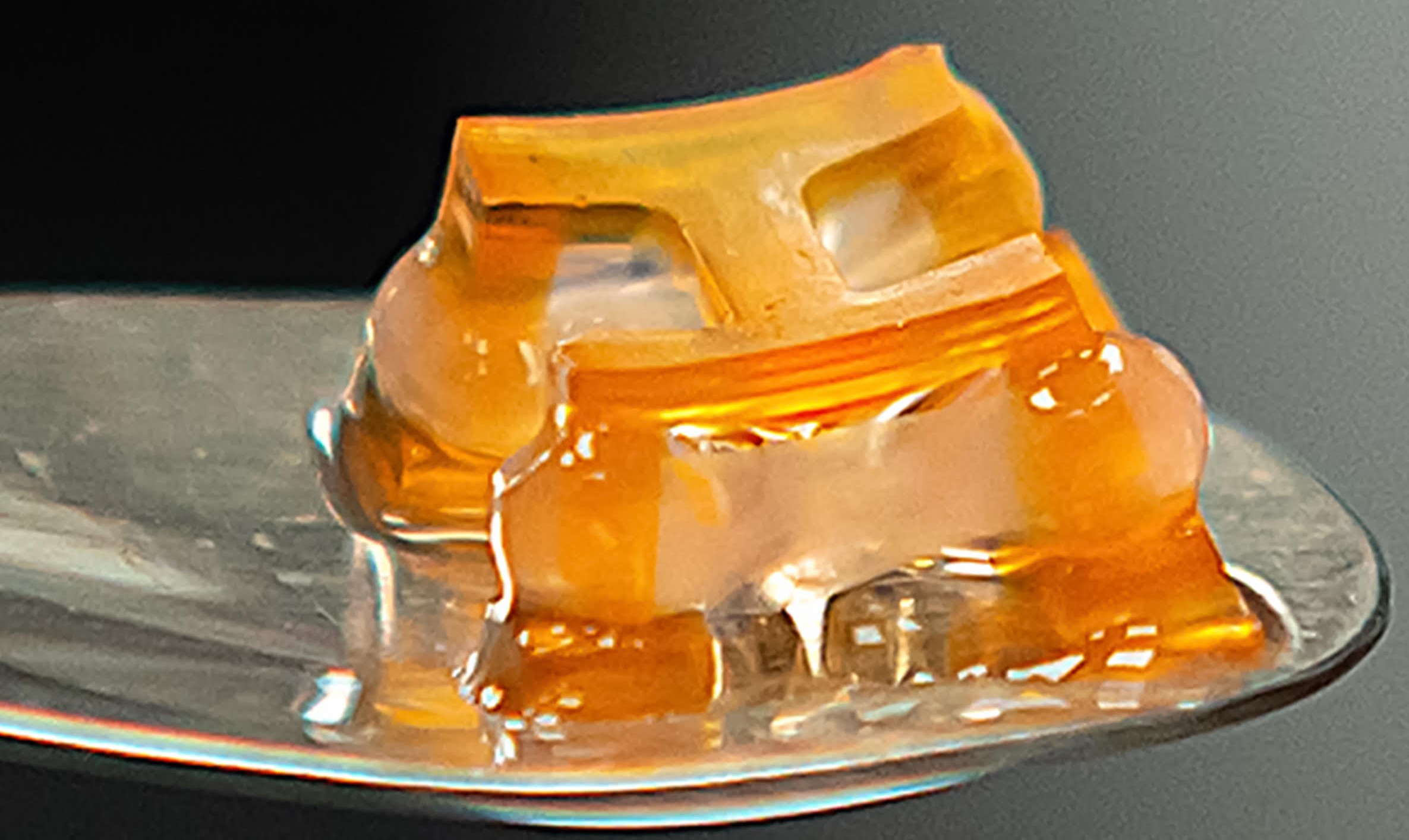 In the simulations, the three-ring version proved to be the fastest mover, but it had more trouble walking in a straight line than the others. The two-ring model, which again had pairs of legs, each pair connected by a muscle ring, was nearly as fast. It was also the best at walking a straight line, displaying the highest level of reliability and the sharpest intentional turns. By fabricating the two-ring model, Wang was able to test a variety of electrical signals to optimize control over the little robots and create more effective movement and controllability. Even more importantly, they had established a design approach that they and other researchers could use to efficiently engineer more complex biological machines with better controllability and adaptivity. The team would like to refine their designs further, possibly adding neural tissue to give the robots the ability to change behavior and react to their environment.

The team reported their results in a paper in the journal Advanced Intelligent Systems in May 2021, which you can read here.