Mars may well be a near-future goal for astronauts. But our understanding of the effects of sustained spaceflight on the human body is still scant. As part of a huge collaborative effort studying astronauts in the International Space Station (ISS)—including the famous NASA Twin Study—scientists at Weill Cornell Medicine used PSC’s Bridges platform to assemble astronauts’ genome and microbiome sequences and compare the latter with the microbes on the ISS. The results showed a curious pattern of genetic differences between spacefaring and Earth-bound astronauts that raise questions about long-term human health in space. 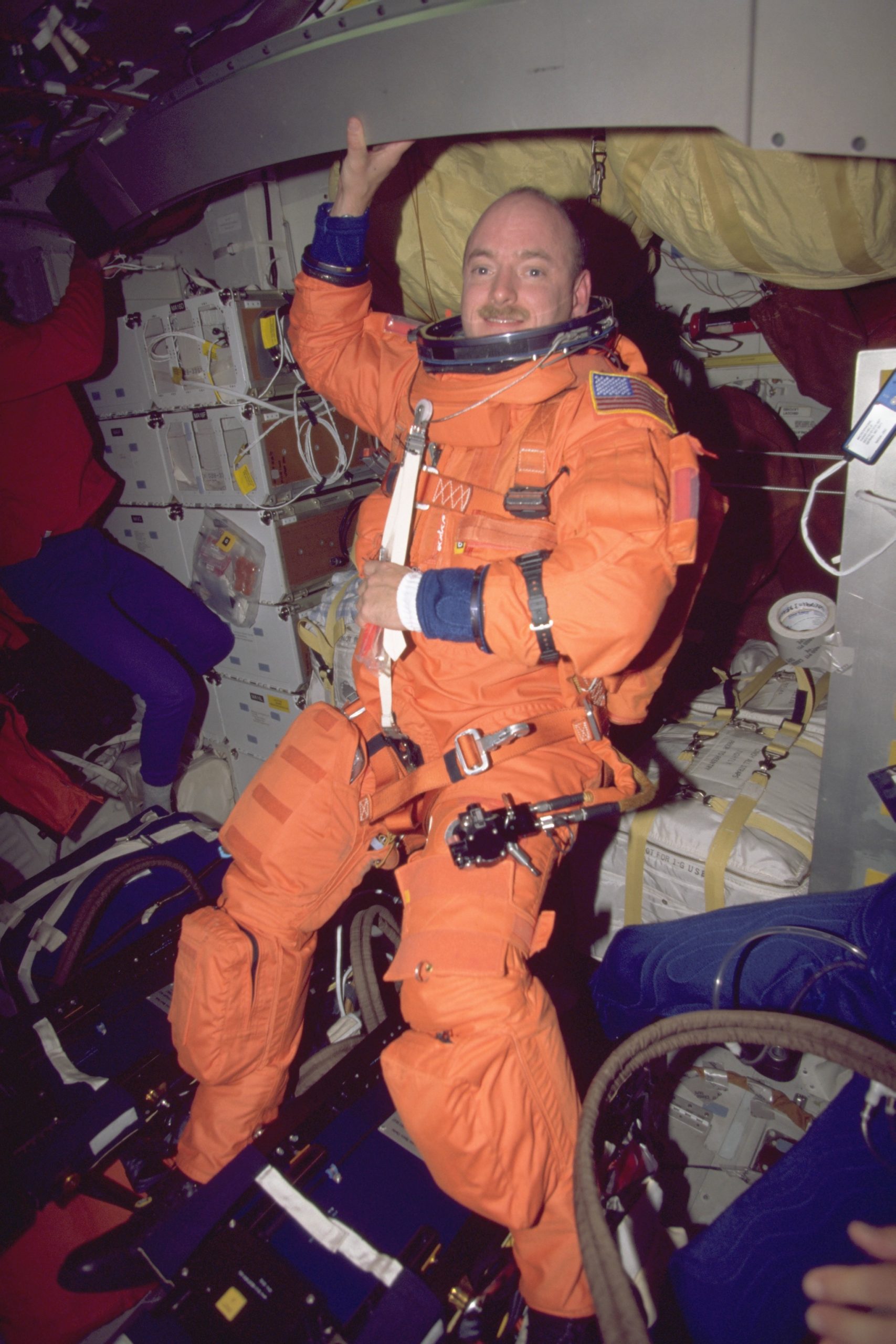 Astronaut Scott J. Kelly, pilot on STS-103, has just donned his partial-pressure ascent and entry escape suit as preparations are made onboard for Discovery’s landing. NASA. 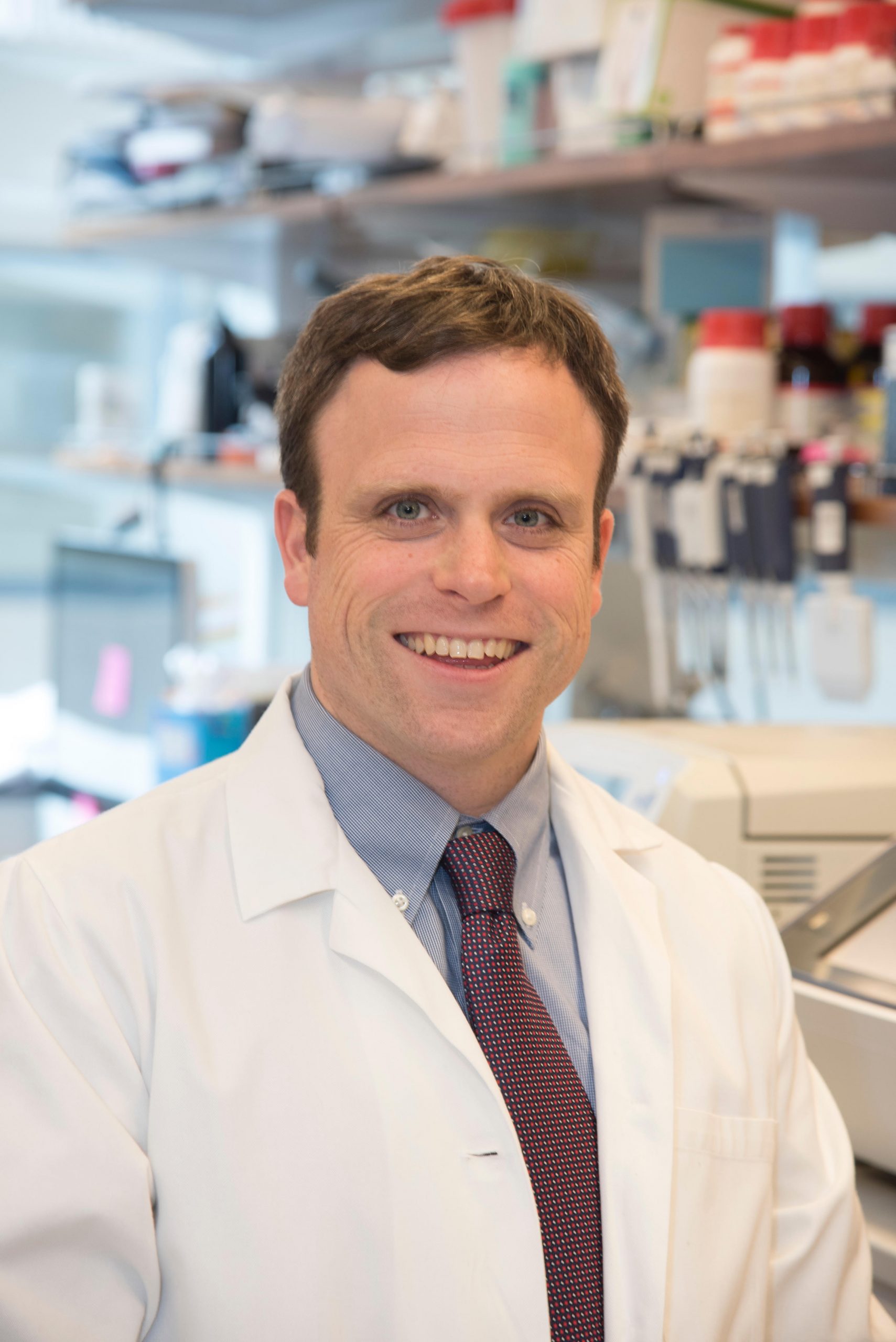 With three more robotic probes now arrived at Mars—one each by the U.S., China, and the United Arab Emirates—it may seem natural that the red planet should be human astronauts’ next big goal. But Mars is so much farther and so much harder to reach than the Moon. This distance means a trip measured in months, not the days it takes to reach the Moon. We’re still just scratching the surface of what living beyond the protections afforded to us by the Earth for that long means to human health.

“When you go on a mission to Mars and back, you face eight or nine times the radiation that Scott Kelly had in his year in space … We’re about to put humans in the greatest risk we’ve ever put them in in spaceflight. But we also have the best tools we’ve ever had to [protect] them.”—Christopher E. Mason, Weill Cornell Medicine

The ISS continues to be the testing ground for the long-term effects of spaceflight on human beings. As part of that vast scientific effort, Christopher E. Mason of Weill Cornell Medical College used the memory-intensive power of PSC’s Bridges platform to assemble massive genetic sequences from the DNA of two identical-twin astronauts and compare these to the data from 59 other astronauts. The former comparison of U.S. astronauts Mark and Scott Kelly is known as the NASA Twin Study.

Today’s sequencing technologies are limited to strands of DNA of about 100 bases—the A, C, T, G units of the genetic code. It isn’t possible to sequence the full 3 billion bases in the human genome in one go. Instead, scientists break the DNA into a soup of fragments and sequence them all at once. The result is a puzzle of billions of short, overlapping DNA sequences.

Supercomputers have come to play a big role in assembling these overlapping sequences, as well as the vast needle-in-a-haystack task of identifying mutations in the entire human genome. In traditional supercomputers, each processor has relatively little memory—the same as RAM in a PC. Because of the limitations of RAM, the processor has to keep going back to data storage to retrieve and compare sequence fragments, slowing the task. Mason was able to avoid this problem using Bridges’ large-memory nodes, which each had 3 terabytes of memory. That’s about 100 times as much as the total memory in a typical PC. And Bridges had 42 of these nodes, allowing many comparisons in parallel.

“We used the large-memory nodes to examine the long reads, looking for epigenetic changes [chemical alterations of the DNA without changing the DNA sequence]. The algorithms for them are hugely compute-intensive and use a lot of memory. The scaling can be difficult. The large-memory nodes allowed us to use these large databases [despite the fact that] the intermediate files get gigantic during processing—10 terabytes become 100. Bridges enabled us to do genetics and microbial work at an unprecedented speed and output.”—Christopher E. Mason, Weill Cornell Medical College

The DNA comparisons returned curious results. Scott Kelly was in orbit for a year, and exposed to much more radiation than Mark. Not surprisingly, the rate of mutations in his mitochondria—the tiny powerplants of the cell—increased compared with Mark’s. This suggests Scott’s cells were under stress. On the other hand, the rate of mutations in Scott’s nuclear DNA—the main genetic repository in the nuclei of his cells—decreased in comparison, by about 3 to 4 percent. (Remember, because they are identical twins their nuclear DNA was nearly identical at birth.) When Scott returned to Earth, his nuclear DNA mutation rate shot up, so that it was now higher than his brother’s. Scott’s increased mutation rates weren’t high enough to definitely mean he is at higher risk of health problems. But more work is needed to be sure, and to understand the roller-coaster and opposite-direction changes in nuclear versus mitochondrial DNA.

Along with his collaborators in the study, Mason reported his results in two  papers in the journal Cell in November, 2020, which garnered a coveted cover image in the issue. You can read them here and here. The team is studying changes in the length of telomeric DNA—the stretches of DNA at the ends of chromosomes that shorten with age and lengthen in cancers—as well. They’re also investigating changes in the populations of microbes living in the human gut that come from long-term life in space. In particular, Mason would like to explore explanations for the patterns he’s discovered with PSC’s new, larger Bridges-2 as well as other systems. In particular, he would like to find out if increased stress in the mitochondria of spacefarers leads to inflammation elsewhere in the body, which in turn can cause cardiovascular and other disease.